It helps in understanding the concept of cost. The following are necessary:

Opportunity Cost Assuming full resources allocation and employment in production of good and services increasing the production of any one product involves the sacrifice of an alternation product. The cost of producing a certain product is taken to refer to the forgone value of the alternative product

Implicitly cost The explicit costs refer to the money paid out made the firm. This includes payment for resources bought or hired e.g. wages, cost of raw materials, rent etc.

Short Run Cost Function
In the short run input levels will depend on output level that the firm wants to achieve. In short run not all factors will be varied. At least one must be fixed and therefore the cost incurred on it will be fixed cost. The total fixed cost will be constant regardless of the
output level e.g. rent for factory building, salaries of office staff etc. 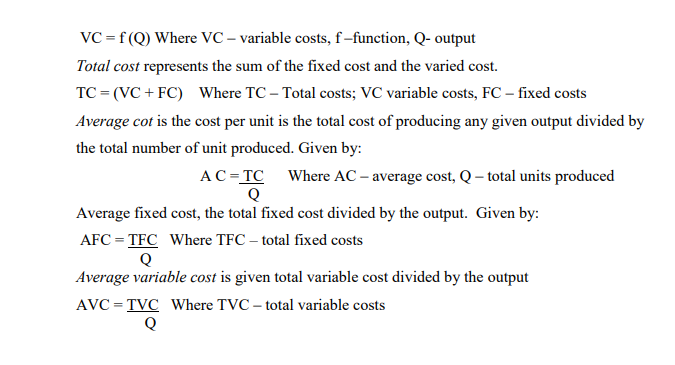 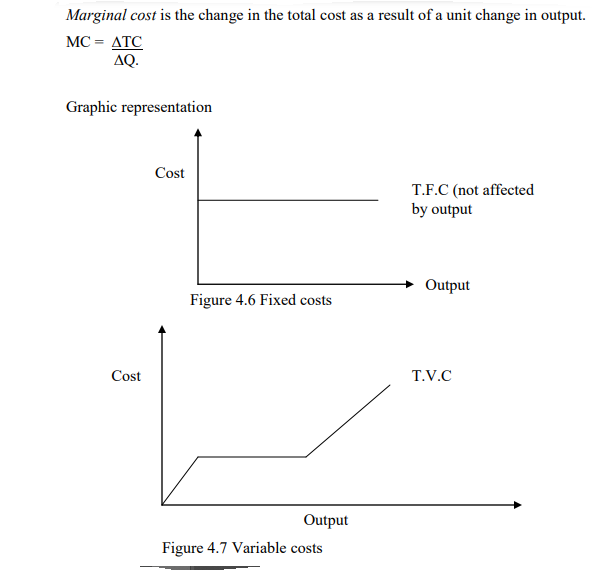 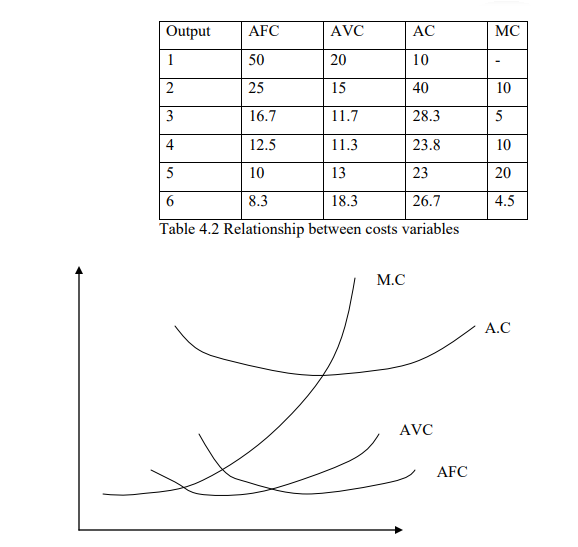