This is the level of output at which total profit is at maximum. It is the best or the most efficient size of a firm when the long run average cost of a firm is at minimum. At this point there will be no motive for further expansion since at any other size large or smaller the firm will be less efficient. This is also attained when the firm cost of production is at its minimum level as illustrated in Figure 4.9

N/B: For profit maximization the following two conditions must be met 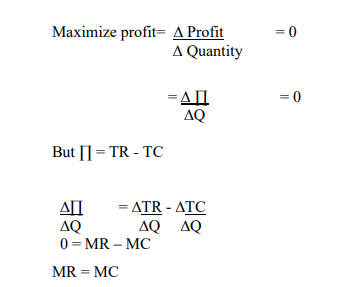