This is a contract wherea party known as the insurer undertakes, in consideration for a sum of money known as premium paid the insured, to pay a sum of money or its equivalent on the happening of a specified future event.
The insurance contract is a contract like any other, but with particular peculiar principles. The insurable interest should be beyond the control of either party and there must be an element of negligence or that there is uncertainty. Contracts dealing with uncertain future events are either alieatory, contingent or speculative. In insurance risk exists in priori, whether or not we insure. However in a wager/stake/ gamble there is no insurable interest.
It has been observed that the contract of insurance is basically governed rules which form part of the general law of contract. But equally, there is no doubt that over the years, it has attracted many principles of its own to such an extent that it is perfectly proper to speak of the Law of Insurance.

Problem of Definition
As a general rule statutes dealing with the regulation of insurance business do not or have not defined the contract of insurance to obviate the danger of excluding contracts within or that should be within their scope. However a definition is essential as insurance business is closely regulated.
In the words of Ivamy, General Principles of Insurance,
“A contract of insurance in the widest sense of the term may be defined as a contract whereone person called the insurer undertakes in return for the agreed consideration called the premium, to pay to the other person called the assured, a sum of money or its equivalent on the happening of a specified event”
In the words of John Birds, in his book, Modern Insurance Law,
“It is suggested that a contract of insurance is any contract whereone party assures the risk of an uncertain event which is not within his control happening at a future time, in which event the other party has an interest and under which contract the first party is bound to pay money or provide its equivalent if the uncertain event occurs.”
In the words of Channel J, in Prudential Assurance CO. Ltd v. Inland Revenue Commissioner[1904].
“A contract of insurance then must be a contract for the payment of a sum of money or for some corresponding benefit such as the rebuilding of a house or the repairing of a shape to become due on the happening of an event, which event must have some amount of uncertainty about it and must be of a character more or less adverse to the interest of the person effecting the insurance”
The Judge further observed that, “ it must be a contract wherefor some consideration usually but necessarily for periodical payments called premiums, you secure yourself some benefit usually but not necessarily the payment of a sum of money upon the happening of some event”
Lord Clerk in Scottish Amicable Heritage Securities Association Ltd v. Northern Assurance Co[1883].
“It is a contract belonging to a very ordinary class which the insurer undertakes in consideration of the payment of an estimated equivalent beforehand to make up to the assured any loss he may sustain the assurance of an uncertain contingency.”

ESSENTIALS OF AN INSURANCE CONTRACT

1. Agreement
For a contract of insurance to exist, there must be an agreement under which the insurer is legally bound to compensate the other party or pay the sum assured [premium]. This is the consideration that passes between the parties to support the transaction. It is asserted that premium is the considerations which the insurers receive from the insured in exchange for their undertaking to pay the sum assured in the occurrence of the event insured against. Any consideration sufficient to support a simple contract may constitute a premium in a contract of insurance.

2. Uncertainty
The insurance contract is aleatory, contingent or speculative as it deals with uncertain future events. For an event to be Insurable it must be characterized some uncertainty. In the words of Channel J in Prudential Assurance Co. Ltd v. Inland Revenue Commissioner “then the next thing that is necessary is that the event should be one which involves some amount of uncertainty. There must be either some uncertainty whether the event would ever happen or not, or if the event is one which must happen at some time or another, there must be uncertainty as to the time at which it would happen”

4. Control
The insurable event must be beyond the control of the party assuring the risk as it was held in Re Sentinel Securities P.L.L

5. Accidental or Negligent Loss
Insurance can only be effected where loss is accidental in nature or is a consequence of a negligent act or omission. Loss occasioned intentional acts does not qualify for indemnity or for payment of the sum assured. It was so held in Toxleth v Hampton. 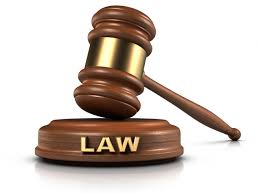