Pangani Girls, Kapsabet Boys, Maranda, Alliance  High, Alliance Girls and Moi Girls Eldoret are among the most popular schools for students seeking to join Form One, according to 2018 placement results.

Pangani was far the most preferred school in Kenya, with a total of 110,000 girls seeking to join it – of these, 87,209 KCPE exam candidates picked it as their first choice against a capacity of 336. Alliance Girls was a distant second, with 7,078 candidates picking it as their preferred choice for the 334 places. A total of 92,067 candidates applied for space at the school.Kapsabet tops the boys ledger, with 62,382 boys picking it as their first choice, against capacity of 432. It is followed Maranda, which has the highest capacity among boys national schools in the country, 528. Some 34,138 boys picked Maranda as their first choice for high school. Mangu, with space for 384 students, had the highest number of applicants, 86,976, among boys in 2018 – but only 6,385 ranked it first choice.Education Cabinet Secretary Prof George Magoha will today release  placement results for pupils who sat the Kenya Certificate of Primary Education (KCPE) examination in October.

An analysis of 2018 student choices for schools shows that candidates prefer newer national schools like Pangani, Maranda and Kapsabet which have consistently outperformed pioneer top schools like Starehe, Alliance, Maseno and Nairobi School. At the same time some top institutions are not attracting adequate numbers. Overall, the most popular 15 schools according to the 2018 placement data are Pangani Girls, Alliance High, Alliance Girls, Mangu, Lenana, Nairobi School, Starehe Boys,Maseno school, Kapsabet Boys, Maranda High, Kenya High and Limuru Girls. Others are Moi Girls Eldoret, MaryHill and Nakuru Girls.Sources in the ministry say if the trend is replicated this year, it will mean that a big number of more than 9,000 candidates who scored 401 marks and above will miss out on their top choices as only limited capacities are available at the most preferred schools.

According to choices of last years candidates who joined Form One this year, Pangani Girls was the most sought after school girls when they applied for Form One slots in 2018. Some 87,209 students picked it as their first choice against the institution’s capacity of only 336. Another 11,015 students selected Pangani Girls as their second choice,  5,370 as third choice and 7,241 last choice, taking the overall tally to 110,835. Alliance Girls attracted 7,078 applications for first choice, 7,876 as their second choice,  73,807 as their third choice and 3,306 as fourth choice. Overall, a total of 92,067 candidates sought to join the school. Ordinarily, the school – with a capacity of 384 – was the first choice of most female candidates in previous years. It will be interesting to see the trend in this year’s placement. Some 4,225 students applied to join Moi Girls Eldoret, while 4,051 selected Kenya High as first choice. The two schools have capacities of 336 and 288 respectively. Interestingly, the two  schools received more applications from students as their third option. Some 51,750 students selected Moi Girls Eldoret as third choice, while 38,752 picked Kenya High.Overall, Moi Girls Eldoret attracted a total of 65,284 students, while 49,060 picked Kenya High.In the boys category, Kapsabet was a distant first choice for many candidates– 62,383 students. Interestingly, less than 10,000 applications expressed interest to join Kapsabet Boys as their second, third and last choices. Only 5,272 candidates selected Kapsabet Boys as their second choice. Another 1,959 picked the school as third choice, and 1,307 as fourth choice. The school has an overall capacity of 432 and attracted a total of 70,921 applicants.Maranda Boys was the second popular school for boys with some 34,138 students picking it as their first choice. The school, with a capacity of only 528, attracted 39,466 applications. Some 3,459 students selected Maranda Boys as their second choice, with 1,183 picking it as third choice. Only 686 students selected the school as fourth choice. Mang’u High School was another top sought-after school, with total applications of 86,976. However, most of the candidates, 70,149, selected the school as their third choice. Some 6,385 students picked Mang’u High as first choice, 6,690 as their second choice and another 3,752 as last choice.The Standard has established that more that national schools will admit 31,337 students this year, up from 29,000 in 2018.During today’s release of Form One admission results focus will turn to the schools top stars will be placed.The top candidate in the country was Andy Michael Munyiri of Damacrest Schools, Thogoto, with 440 marks. This was some 13 marks below last year’s top candidate. Three other candidates tied in the second position, two of them girls from public schools.Flavian Onyango of Chakol Girls, June Cheptoo Koech of Sangalo Central and Sean Michael Ndung’u of Kitengela International School scored 439 marks to tie in position two.Overall candidates from private academies performed better in the examinations than their public schools counterparts.This means that the most slots in national schools will be grabbed candidates from private schools.While releasing the result, Prof Magoha lauded the progress made public schools. He said the improved performance was proof that the Free Primary Education Programme was working and teachers were delivering despite the increase in number of pupils.“It is also evident that girls are competing favourably with boys for the top academic honours,” said Prof Magoha.Some of the candidates from public schools who scored between 350 and 400 will also be anxious to know whether they will be admitted to national schools. It has since emerged that KNEC data did not capture the total number of candidates who scored 400 marks plain as the spread of marks only for the 9,000 candidates only covered from 401 marks and above. “Candidates who scored only 400 marks are also too many and they will scramble for the schools slots,” said a ministry source. 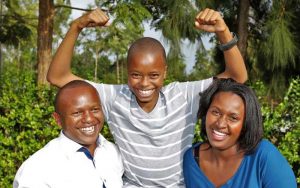