Below is sample of our COMPANY LAW Revised Notes.

NATURE AND CLASSIFICATION OF COMPANIES

A company can be defined as an association of people who contribute resources into a business and in return acquire shares or ownership of the business and they share out the profit that is generated the business.

In Kenya majority of companies are registered governed the Companies Act 2015.

CHARACTERISTICS OF A COMPANY

Disadvantages of a company 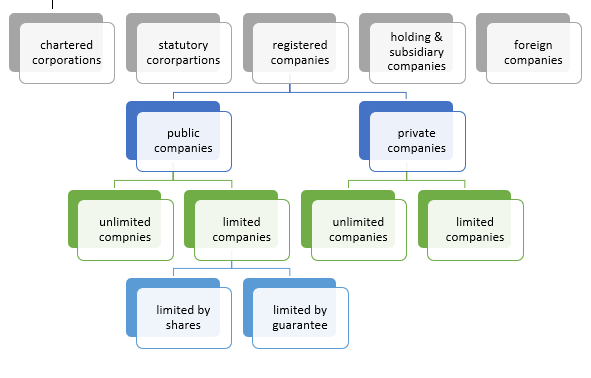 This is a company with the following features:

N/B: A public company is required to include at the end of its name the words-public limited company (PLC) e.g. Safaricom PLC

A private company is a company with the following features.

N/B: A private company must include the word limited or Ltd at the end of its name.

A public and private company may be classified under;

It refers to a company which the liability of members is limited to the amount unpaid on the shares held them.

A company Limited Guarantee if:

Companies Limited Guarantee in Kenya are mainly registered for the purpose of operating non-profit organizations that require a legal personality.

These are companies where member’s liability is unlimited.

Such members may lose their private assets, in case the company is declared insolvent.

DISTINCTION BETWEEN COMPANIES AND OTHER FORMS OF BUSINESS ASSOCIATIONS SOLE PROPRIETORSHIPS, PARTNERSHIPS AND COOPERATIVE SOCIETIES 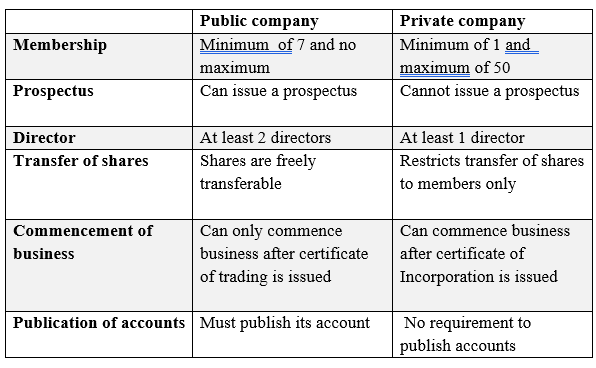